England
Coach
Stuart Lancaster: He is a popular Rugby Union Coach. He was given a top position that is thehead coach for the English national rugby union team. He has always done an excellent job. He stepped back from this position recently in November 2015. He was contracted till 2020. He was the one who brought a stiff England to anextraordinary level of consistency.

It was said that after four uninterrupted runners-up spots in six nations, Stuart Lancaster should change his team players into winners. His trump card is the pack. England has the power to get the massive home support and damage anybody. It is the main factor that they need to consider. Stuart Lancaster should remain positive all the times. He is resilient since the power comes especially during world cup than any other time in his career.

Key Men
George Ford: He plays for Bath Rugby at fly half. He is a popular rugby union footballer. As his position is fly half, he is expected to remain the best in the front five of England. He will have lots of go forward assets. George Ford should try to bring exciting parts into play. He should also not fail to link back with that dominant pack as that is the best option. If he is clinical and imaginative, England has a long way to go. 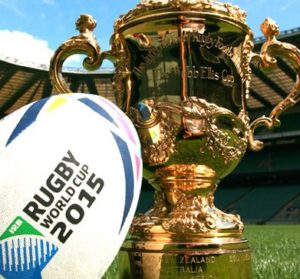 Tom Youngs: He is at hooker position. As Dylan Hartley is not available, it is important for Tom Youngs to stay fit. He has to hit in the top form. The line out and scrum are main plus for England. Both are strong. It needs a good hooker to win the game. He was originally at the centre. But he changes his position to hooker. Heyneke Meyer- tiger coach encourages him to take the hooker position. He changed after his advice. He has played for England schools and Gresham’s school. He has also played as a junior for Holt.

Anthony Watson: He plays at fullback and wing for Bath Rugby. He is a popular English Rugby Union. When he remained as vice-captain for his college Rugby team, he played as full back. He had been scoring excellent tries in recent days. He is an excellent all round athlete. He is clinical and predatory near the line. In that aspect, he has lot of Rory Underwood characteristics.

Verdict:
They have to use the right moment. They can go big all the way. As it is home advantage, they have an excellent chance of winning this world cup. There are high chances for England’s pack to master this world cup. They do not have to feel fear or scared on anybody.